Why, hello there people of 2018! 2017 was a massive stepping stone for us here at Youneek and we couldn’t be happier with how things went. In 2017 we launched our most ambitious project yet, the Blue Crane Hoodie, and we were overjoyed and humbled by all of the positive feedback we received after the project. There were many other products released, but the BC hoodie definitely stole the show. The success of the Blue Crane Hoodie paved the path for more ambitious products to launch in 2018. What NEW things can you expect from us in 2018? Well we obviously want to keep most of them a surprise, but here’s 5 highlights that we can share with you 🙂

We’ve had one or two people say that we don’t have enough ladies products at Youneek. Well, with the launch of our T-Shirt dresses, that should now be a saying of the past. Here you go ladies, click here as our T-Shirt dresses are already online and will be expanding exponentially in 2018 😉

Expect to see a lot of new, exciting aprons launching on Youneek in 2018. More aprons that follow the theme of the BraaiBoytjie are on the horizon, but this time we’re focusing on aprons that can also be functional outside of the braai area.

Blue Crane Apparel is currently only in its infant stage and is ripe with potential and possibilities. We first have to launch our t-shirt range, which is close to 100% finished, and then we can move on to expanding the range with a number of other ideas, which are all currently only on paper, but what an exciting paper it is!

2. The Launch of Youneek Onesies

We’ve been wanting to launch a onesies/jumpsuits range for quite a while now, but we were hit with so many flippin setbacks and priority shifts in 2017 that made us withdraw the launch in 2017. We’re still not ready right now with our range yet and we’ll be working on them throughout Q1 and Q2 of this year so we can hopefully launch them very early in Q2. No guarantees though…

1. The Launch Of Another ULTIMATE HOODIE!!!

It’s really no secret that we love hoodies here at Youneek. To us, it really is the perfect piece of apparel, so it’s a no-brainer that we would bring out another “ultimate” hoodie in 2018. Our Blue Crane Hoodie focused heavily on being the ultimate hoodie for life’s adventures, so we thought we’d go the opposite route with our next big hoodie project. We don’t want to give too much away, but what we can tell you is that this hoodie will focus on relaxation and (extreme) comfort. This new hoodie’s central focus will be to “chill you out”. Basically, if relaxing was a competitive Olympic sport, this hoodie would ban you from participation if worn 😉 If you’re just someone that likes to unwind and snuggle up on a cold, lazy Winter’s day, you’re definitely gonna want to watch this space…

Thanks for having a read! We hope you’ll like what we’ve got in store for the year. It’s gonna be a fun one 😉 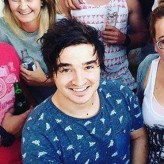 A Few Epic and Unique Gift Ideas For Every Kind of Person Out There
We’re nominated for some awards? Cool! Vote for us and WIN!

Leave a reply Click here to cancel the reply

We specialize in providing you the most unique products on the market. We are an extremely passionate team that will go out of our way to make our customers happy. It's time to stand out from the crowd! Be Different. Be Youneek.